A light-hearted look at the complexity of Australian taxation laws.

Thank you for the opportunity to provide tax advice for your operation. We are pleased you have initiated this advice as the Australian Taxation Office (ATO) is looking closely at any business or individual that operates within Australia but has significant transactions or operations internationally. The fact that you run a global business that generates no profit but ‘gifts’ millions of toys each year produced by your offshore factory, have significant brand value in Australia across thousands of goods and services, have never lodged a tax return, or paid tax in Australia, is likely to trigger an investigation. We have identified a number of issues as a starting point for further discussions. These are:

We note that you have a secret Australian warehouse to aid distribution and Christmas Eve logistics across the region. The warehouse domiciled in Australia may mean that you have a permanent establishment in Australia, which could mean you are taxed in Australia on profits generated by the warehouse. As there is no Double Tax Agreement between Australia and the North Pole, it’s possible you will be subject to local tax laws in both countries. You might be able to claim a tax credit to help reduce the impact of double taxation. We note that this same situation is likely to apply in many countries not just Australia.

Representation in a particular country may also be enough to make your operation subject to local tax laws. You appear to have local agents – several thousand Santa representatives – with authority to operate on your behalf in shopping centres across Australia. These agents commit the operation with the promise of toys to millions of children. A local agent acting with authority may expose you to local tax laws. This is an issue that may extend well beyond Australia. This issue requires immediate formal assessment.

A review should be completed of the employment status of the ‘Santa’s little helpers’ based in Australia to determine if they are contractors or employees. If the helpers are deemed to be employees, you may be liable for the superannuation guarantee (SG) for this year (currently 9.5%) and previous years. If you have missed the SG deadline for any previous quarters then you would be subject to the superannuation guarantee charge, which means that interest and additional fees will be accumulating and you will not be able to claim a deduction for these amounts when they are paid. It will be difficult to argue that they are truly independent given the level of corporate branding involved. If the helpers are indeed ‘volunteers’ we will need to consult an employment lawyer regarding potential slave labour issues and discrimination of a minority group.

Goods imported into Australia with a value above $1,000 are subject to GST. As of 1 July 2018, the $1,000 threshold will be removed and all goods brought into Australia will potentially be subject to GST. With approximately 4,836,227 children in Australia on your list, averaging $40 per gift (we have made no allowances for they have been naughty or nice), we estimate that you will be liable for GST of approximately $19,344,908. We need to discuss tax structuring urgently.

If you are subject to Australian tax laws, a number of deductions may be available to you. Your flying reindeer for example are likely to be considered beasts of burden and as such can be depreciated as plant. However, a deduction is only available to the extent that the reindeer are used to produce income that is taxable in Australia.

The ATO has increased its focus on the tax treatment of travel expenses. While it is important to ensure that you only claim deductions for expenses incurred in producing income that is taxed in Australia, maintaining adequate records of your expenses is crucial in defending your position in the event of an ATO review or audit.

There are currently no provisions within Australian tax law to allow the Commissioner the discretion to ignore your tax liabilities as a goodwill gesture. Please contact us urgently regarding these issues. 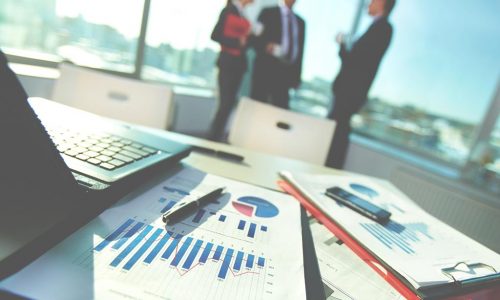 Planning on giving money to your kids?Children, Family, Loans