You may well have heard, after much political debate last year Prime Minister Malcolm Turnbull and Governor General Sir Peter Cosgrove signed off on a Royal Commission into Misconduct in the Banking, Superannuation and Financial Services Industry on the 14th of December, 2017.

As a strong player in the financial services industry my view, and that of our business, is that anything which shines a light and creates transparency is a good thing. Identifying flaws in the system and addressing misconduct will set the foundation for a stronger future for what is already a globally recognised and applauded robust banking and finance sector.

The major risks are likely to come from a lack of complete understanding and accuracy in how the Royal Commission is presented by the media. Already we are seeing the stories told by the media being a long stretch from the actual discussions being had.

The next risk is how the commissioner interprets the information he receives, and how thoroughly he considers the full impact of any recommendation he makes. However, if early signs are anything to go on it appears Commissioner Hayne will cut through any codswallop.

As at the 9th of March a total of 1894 public submissions had been made to Commissioner Kenneth Hayne, with the vast majority (67%) relating to the banking industry.

An interim report is due from the Commissioner by 30th September this year, and the final report to be tabled by 1st February, 2019.

So far we have heard NAB executive Anthony Waldron questioned in relation to a range of allegations, from behaviors that are questionable to those which are clearly fraudulent.

The NAB ran an introducer program, where accountants, solicitors, financial planners – and as we heard in the Royal Commission, even gym owners – were paid for referring clients to the bank.

Under this arrangement, NAB staff were taking bribes for activities such as creating fake payslips, falsifying other documents and accepting fraudulent guarantees.

Misconduct occurred between 2013 and 2016, involving around 60 NAB staff and 2,300 loans, with 20 of the implicated staff sacked for their conduct.

The bank also came under fire for not meeting their obligation to report fraudulent behavior to ASIC within the 10 day deadline, taking over 3 months to notify the regulator.

The Commission also addressed CBA this week, with executive general manager of home buying Daniel Huggins placed under the spotlight.

Despite what you may have read in the media headlines stating Commonwealth Bank told the Royal Commission that broker customers pay more on their loans, it is not so clear cut.

The fact is these conclusions were drawn from two reported questions asked of Mr Huggins, and a letter issued by bank CEO Ian Narev back on the 10th of February 2017 to the Sedgwick review on bank remuneration.

The comment taken from Narev’s 12 month old letter to Sedgwick was the belief that brokers are incentivised to write higher loan amounts than their customers actually needed.

On the above, it’s a long bow to draw in concluding that CBA told the Royal Commission broker customer pay more on their loans.

Aussie Home Loans, now a 100% owned subsidiary of the Commonwealth Bank, were targeted for misconduct amongst their brokers.

Aussie were reprimanded for not appropriately handling these cases and the brokers involved.

We will continue to monitor the progress of the Royal Commission with interest and look forward to hearing the recommendations that will strengthen and improve our industry. 17Apr2020
Attention NSW Landlords & Tenants
Emergency measures to protect tenants have been announced by the NSW Government; The NSW Government is introducing a six-month support package... 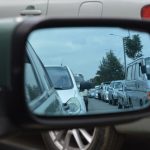