Q: Why is the United States stock market 50% higher than the pre GFC peak when our market is still below its pre GFC peak?

A: In short, it’s dividends.

Australians are generally more supportive of companies which pay out their profits in the form of dividends rather than invest back into the future growth of the company so the management of the companies are, in turn, motivated to pay out the dividends. The average dividend yield of the Australian market is just over 4% whereas the average yield of the rest of the world is just over 2% and on top of this we have that wonderful tax benefit called franking which pushes the yield up a little higher.

With this in mind it is more instructive to look at the return of the ASX Accumulation index which accounts for the dividends (not franking credits) paid out by Australian companies as well as the growth. This index is 37% above the pre GFC peak which is much closer to the return achieved by the United States markets.

Considering all this, it is clear that Australian shares still have a role to play in any portfolio and diversification across asset classes and regions is critical to achieving the best results over time.

Q: I have a small advertising agency that has had some great growth since I started it last year and now have 7 staff, with 3 more planned in the next 6 months – at what point should I consider Management Liability, or should I have already go it?

Management Liability (or ML) remains a mysterious product to most of Australia’s SME’s – the uptake of this class of policy is still relatively small when you consider Australia’s large SME base of 2.17M businesses continues to grow, up 2.4% from June 2015 (ABS, February 2017) , with the majority of the growth coming from those businesses employing less than 20 people. Every business owner has different risk appetites for protecting their business and in addition to how they manage their expenses. Given your growth – congratulations and well done – and it’s likelihood to continue, we would certainly ask you to consider a ML policy for your business.

ML insurance offers protection against the Directors and Officers of a business as well as the Company against any wrongdoing committed in the ongoing management of the business – e.g. breaches of the Corporations Act, failings of any fiduciary duties, employment practices liability for your protection against any wrongful dismissal, harassment or discrimination, crime / theft from your employees and in some instances, tax audit where the policy offers a limit to professional fees associated with a Government audit.

A number of reputable major insurers and Underwriting Agencies offer ML insurance, and policies vary from insurer to insurer. We recommend you consider this option to enhance your risk management program now or in your next cycle of business planning: please check with your Broker and ensure that any policy sought matches your objectives and you check what the policy offers via the PDS.

Good luck in the future and we hope your growth continues.

A: A basic home loan doesn’t have all the benefits and features of other loans. It’s usually comes with a relatively cheap variable rate, a small upfront application fee, minimal or no ongoing fees and will allow you to make additional repayments and redraw those additional funds when needed.

For some borrowers, a simple product will meet their needs. However, for many (including investors) a basic loan isn’t the best option.

The alternative option is what the industry generally calls a ‘Professional Package’, which gives you all the bells and whistles, and for many borrowers presents a better option IF they know how to utilise the benefits.

A professional package will generally have an annual fee of around $350 – $400, and will include benefits such as:
– Application fees waived;
– Discounts on standard variable and fixed interest rates (we can usually negotiate these discounts on behalf of our clients to save even more);
– Ability to split loans into fixed and variable portions;
– Offset account/s;
– Include a credit card with annual credit card fee waived;
– More flexibility to switch between products and make changes to your loan.

In most cases the benefits of the package far outweigh the annual cost.

Interest rate discounts can range from 0.60% through to as high as 1.45% off standard variable rates and 0.15% off fixed rates; having an offset account can save thousands in interest and help you pay off your loan years earlier; and the annual fee saving on some reward credit cards can be $200+.

To maximise the benefit of your package, the general concept is all income and savings paid into your offset account – the interest saving is calculated daily, so even money sitting in there for a day or two each pay cycle will have a benefit.

Using the credit card interest free period to cover as many expenses and outgoings as possible you can improve the daily average funds in offset, leading to even greater savings and time off your loan.

Add to this the rewards points offered on some credit cards, and it is not hard for the benefits to add up to thousands or even tens of thousands of dollars a year if managed properly.

This entry was posted in Finance, Insurance, Wealth Creation.

Reading the mere term alone and we have been ingrained to set the scene for the proceeding article. We have taught ourselves to correlate it with Stockbrokers, banks and finances. We believe those that now work on Wall Street have the most sophisticated brains and are the catalyst for the American Economy. While we all have this image of Wall Street deep-rooted into our perception of America, it is far from reality.

This may be a surprise to some but a new fact for many but Wall Street is a metonym for the financial market. It is a conceptual sense representing the ideology of the American Financial Market. Originally it was home to other major financial institutions such as the NASDAQ, New York Mercantile Exchange and the former American Stock Exchange, but due to inevitable technological advancements these physical financial institutions on Wall Street have all dispersed.

J.P. Morgan Chase, one of the biggest four banks in America, was originally posted on 23 Wall Street. At present, we can see it now has its headquarters on Bond Street New York. It was clear in the 20th century, Wall Street was the centre of financial America, but technology now has the ability to allow banks such as JP Morgan Chase located on Bond Street and Bank of America located in Carolina to both equally have access to financial information. There is no necessity to be all located on one street as previously. In fact, many of those workers now have the option to work from home. A bit of Wall Street is now present in the suburban homes of America. 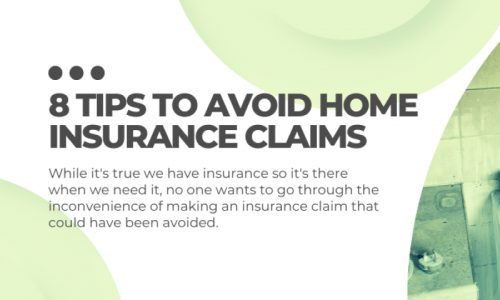 09Aug2022
8 Maintenance Tips to Avoid Home Insurance Claims
While it's true we have insurance so it's there when we need it, no one wants to go through the... 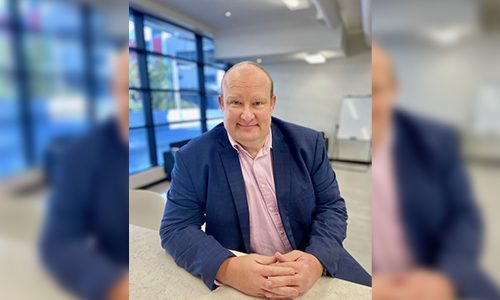 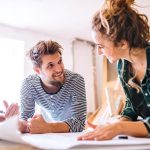 Understanding refinancing: What questions to ask and what to know.Banks, Insurance, Loans, Property, Refinancing How small subsidiaries are being caught by Australia’s new multinational tax crackdownBusiness, Tax