If your clients have an investment or interest only loan then by now they’ve probably already received the letter.

‘Dear client, We are writing to let you know the interest rate on your home loan will be increasing to x.xx% on xx/xx/xxxx.’

Off the back of new regulatory involvement, banks – whether justified or not – have begun slugging borrowers with additional interest costs.

It was only a few short years ago that as brokers we worked with one headline variable rate for each lender.

It didn’t matter if the money was for an investment property or an own home, and whether our clients were making repayments of the principal and interest, or the interest only. The rate was the rate.

Fast forward a few short years (and some of the highest growth years across Sydney and Melbourne, while at the same time falling prices in Perth and Darwin) and we now have the banks operating up to four headline rates.

The headline rate is now decided by the use of the funds – own home or investment; and they type of repayment – principal and interest or interest only.

Where it had been common to see rates beginning with a 3, many borrowers are not aware that the headline rate for interest only investment lending is now as high as 6.32% from the major banks.

That’s a lot of smashed avo on toast.

For some investors, it may still be a viable option to pay an interest rate premium to free up available cash for other investments or non-deductible debt.

What doesn’t make sense anymore is clients who want to pay interest only repayments on their own home – it’s the equivalent of literally flushing tens of thousands of dollars down the drain; some home buyers could be throwing away $35,000 dollars or more over the next 5 years.

Let’s look at a simple example, a couple purchasing their own home and a loan of $700,000.

At the sharp end of the market, rates are currently around 3.70% for owner occupied home loans with principal repayments. For those paying only the interest, the top of the market sees rates around 4.70%.

To be advising a client to take anything like the above is bad advice and there would seem no argument that could justifies such a position.

Let’s look at the alternative – the only appropriate advice as the market stands today. Pay the principal off the loan on your own home.

At a rate that is a full 1% cheaper and the above loan size, principal and interest repayments are around $500 a month more than the equivalent interest only repayment at the higher rate.

Even factoring in the additional $500 a month hit to cash flow, a client would still be over $35,000 better off.

The only ill-informed argument that may arise is not being able to afford the additional $500 a month under the principal and interest option.

This logic doesn’t stack up for two reasons.

Firstly, for a customer with $700,000 in home loan debt to not have sufficient capacity to repay the additional $500 each month to bring the principal down raises questions about the suitability and their affordability to repay a loan of this size.

Secondly, once an interest only period (say 5 years) has been completed the repayments revert to principal and interest repayments over the remaining term of the loan. For an original 30 year loan this then means 25 years to pay down the full principal amount.

All else being equal, that’s around $800 per month above the initial interest only monthly repayment.

These are the numbers.

As advisers, it no longer makes any sense to recommend or take interest only repayments on own home debt. Full stop.

The only group who stand to benefit from interest only repayments are the banks and if we are acting in their best interests then we are not doing our job. 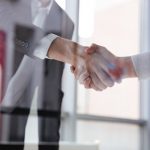 Does your company have a Shareholders Agreement?Business, Legal

Have you got a valid will?Business, Family, Will